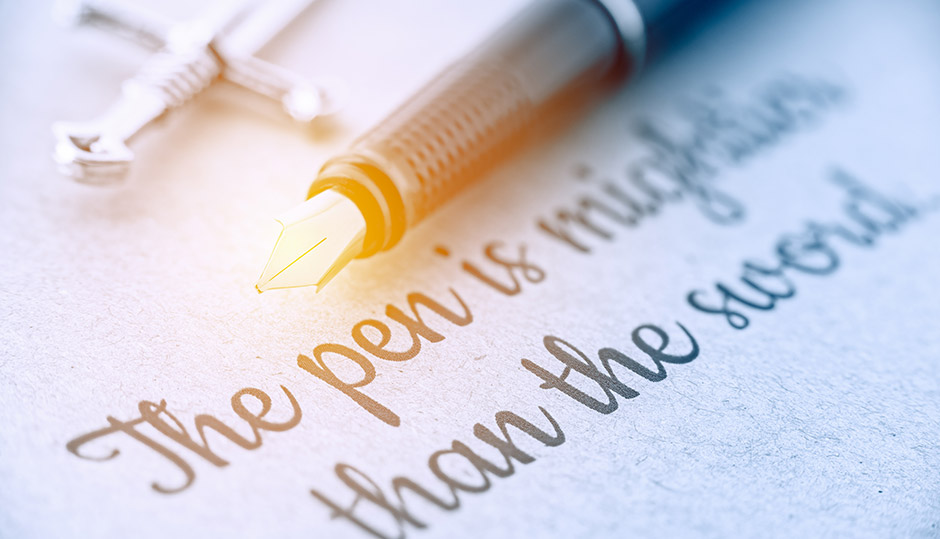 Real Advocacy Journalism™ is defined as a form of journalistic writing that is factual, thorough, and unbiased, which not only analyzes but is advisory in nature. Either by direct assertion, or implication, this discourse puts forth and defends a position designed to inform, persuade and/or move a targeted public to action. There is an active attempt even with expository information, on the part of the advocate journalist, to influence public opinion regarding the issue on which he/she is writing, the purpose of which is to arrive at the greatest good.

The political columnist/commentator, advocate journalist, must be analytical, judgmental, and prescriptive in his/her focus and approach. Such an approach embodies and uniquely combines elements of all aspects in order to provide audiences with the most complete, most comprehensive picture available on the subject matter under discussion.

This means that it is necessary for the political columnist/pundit/commentator, in the development of a position on any given issue, to construct a judicial element by urging that some assessment be made on the part of the listener or reader, of relevant past events in terms of their harmfulness, justness or goodness. This is generally done by offering historical examples and other analogies from the past. Concomitantly, a judgment is being rendered, not only on that historical event, but also on the present state of affairs, or present act, deed or condition, or whatever factors kindled the need for deliberation and decision to take place. And, of course, the deliberation is undertaken to point out the advantages and disadvantages of a course of action for the immediate as well as long-range future.

The genre of Real Advocacy Journalism™ is directed at two kinds of audiences—decision makers, as well as spectators—instead of one or the other. Such discourse is directed to the decision-makers because they are the direct actors. They create. They determine. It is also directed to the spectators because they are the supportive bystanders. They are in a position to lend support, to align themselves with one side or the other, and therefore determine the outcome of a policy or course of action.