The writings of an advocate journalist always boil down, directly or indirectly, intentionally or unintentionally, to a plea—imploring the reader or listener to think, to consider the facts, the circumstances, the possible solutions for the issues at hand, and when appropriate and necessary to engage in action.

While being a woman, a black, a wife, a mother, a career professional, and carrying out my calling to be an advocate journalist, I have primarily addressed some of the enduring issues of our times. But also, I could not ignore the temporal—pressing issues of the hour. Most of my writings during the last four decades have maintained their relevancy, fulfilling a needed voice albeit often crying in a wilderness or falling on deft ears and blind eyes. But one of my newspaper editors characterizes my commentaries as “evergreens”. For that I am grateful. That characterization has kept me writing when in those infrequent moments I have thought, “Why am I bothering to write anything?””

During the past four decades, the commentaries have been written for a large radio station, a major metropolitan daily newspaper, community newspapers, as a guest columnist for a metropolitan business journal, and currently online.

Throughout, I have tried to adhere to the standards of what I call Real Advocacy Journalism®, which is the subject of my award-winning book, Shaping Public Opinion: How Real Advocacy® Should Be Practiced and is covered in detail. But in sum, in my writings, I have endeavored to stick to the facts, analyze them, put an event, situation, or issues into perspective in order to foster a better understanding, and provide direction to form an opinion or pursue an action. We all live and function in an orbit of influence. How in depth a particular commentary addresses a subject matter has been determined by the time allotted for the radio spot, the space in a newspaper, or word count online.

I do not proclaim that each and every one of my commentaries have been exhaustive on a particular subject or met all the noble standards of Real Advocacy Journalism®. But adhering to those standards, in providing a meaningful perspective, has always been my goal.

My commentaries can be found on https://janicesellis.com

Janice S. Ellis, M.A., M.A., Ph.D., a native daughter of Mississippi, grew up and came of age during the height of the Civil Rights Movement and the Women’s Liberation Movement. Born and reared on a small cotton farm, she was influenced by two converging forces that would set the course of her life.

The first was the fear and terror felt by blacks because of their seeking to exercise the right to vote along with other rights and privileges afforded whites. She became determined to take a stand and not accept the limits of that farm life nor the strictures of oppressive racial segregation and gender inequality. She aspired to have and achieve a different kind of life—not only for herself, but for others.

The second was her love of books, the power of words, and her exposure to renowned columnists Eric Sevareid of The CBS Evening News with Walter Cronkite and Walter Lippmann, whose column appeared for more than three decades in over 250 major newspapers across the United States and another 50 newspapers in Europe.

It was the study of Lippmann’s books and commentary that inspired Dr. Ellis to complete a Master of Arts degree in Communication Arts, a second Master of Arts degree in Political Science, and a Doctor of Philosophy in Communication Arts, all from the University of Wisconsin. It was during her course of study that Dr. Ellis’ unwavering belief—the belief that the wise use of words is what advances the good society—was solidified.

Dr. Ellis has been an executive throughout her career, first in government, then in a large pharmaceutical company, later as President and CEO of a marketing firm, and finally as President and CEO of a bi-state non-profit child advocacy agency. Along with those positions, she has been writing columns for more than four decades on race, politics, education, and other social issues for a major metropolitan daily newspaper, Kansas City Star; a major metropolitan business journal, Milwaukee Business Journal; and for community newspapers The Milwaukee Courier, The Kansas City Globe, and The Kansas City Call. She wrote radio commentary for two years for one of the largest ABC radio affiliates in Wisconsin and subsequently wrote and delivered a two-minute spot on the two largest Arbitron-rated radio stations in the Greater Kansas City area. She has also written for several national trade publications, focusing on healthcare and the pharmaceutical industry. 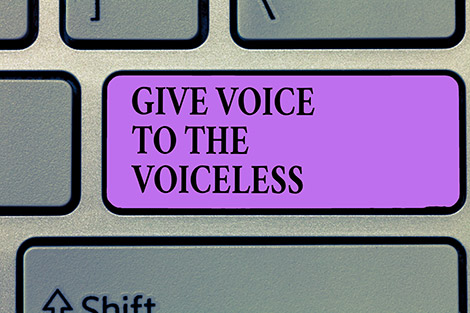 Dr. Ellis published an online magazine, USAonRace.com, for seven years dedicated to increasing understanding across race and ethnicity, in which she analyzed race and equality issues in America. The website continues to attract thousands of visitors per year. The site also has a vibrant Facebook page with fans numbering in the thousands. Dr. Ellis launched a companion site, RaceReport.com, which aggregates news about race relations, racism, and discrimination from across the United States and around the world on a daily basis.

Dr. Ellis also has her own website, JaniceSEllis.com, which houses a collection of her writings and where she writes a regular blog. Follow her on facebook.com/janicesellis1/ and twitter.com/janicesellis1.

Her first book, From Liberty to Magnolia: In Search of the American Dream (2018) has received several national and international awards since its initial release. The most recent is the Independent Press Award for Race Relations (May 2020). It was noted that the competition is judged by experts from different aspects of the book industry, including publishers, writers, editors, book cover designers and professional copywriters. Selected award winners and distinguished favorites are based on overall excellence. In 2020, the Independent Press Award had entries worldwide. Participating authors and publishers reside in countries such as Australia, Brazil, Cambodia, Canada, India, Ireland, Portugal, Sweden, and others. Books submitted included writers located in cities such as Austin to Memphis to Santa Cruz; from Copenhagen to Mumbai; from Albuquerque to Staten Island; from Boise to Honolulu, and others.

Other international and national awards the book has received include: the New York City Big Book Award for Women Issues (November 2019); the Grand Prize Journey Award for Nonfiction (April 2019) from Chanticleer International Book Reviews; the Gold Medal Award for Nonfiction Books from the Non Fiction Authors Association (May 2018), the highest award bestowed for nonfiction authors. From Liberty to Magnolia received a notable editorial review and honor from Kirkus Reviews, one of the oldest and most credible reviewers of books for libraries, schools, bookstores, publishers, agents, and other industry professionals. In bestowing the honor, Kirkus noted, “From Liberty to Magnolia was selected by our Indie Editors to be featured in Kirkus Reviews April 15, 2018 Issue. Congratulations! Your review has appeared as one of the 35 reviews in the Indie section of the magazine which is sent out to over 5,000 industry professionals (librarians, publishers, agents, etc.) Less than 10% of our Indie reviews are chosen for this, so it’s a great honor.” The book continues to receive great customer reviews on Amazon and Goodreads.

Dr. Ellis’ most recent book is Shaping Public Opinion: How Real Advocacy Journalism® Should Be Practiced. (2021)